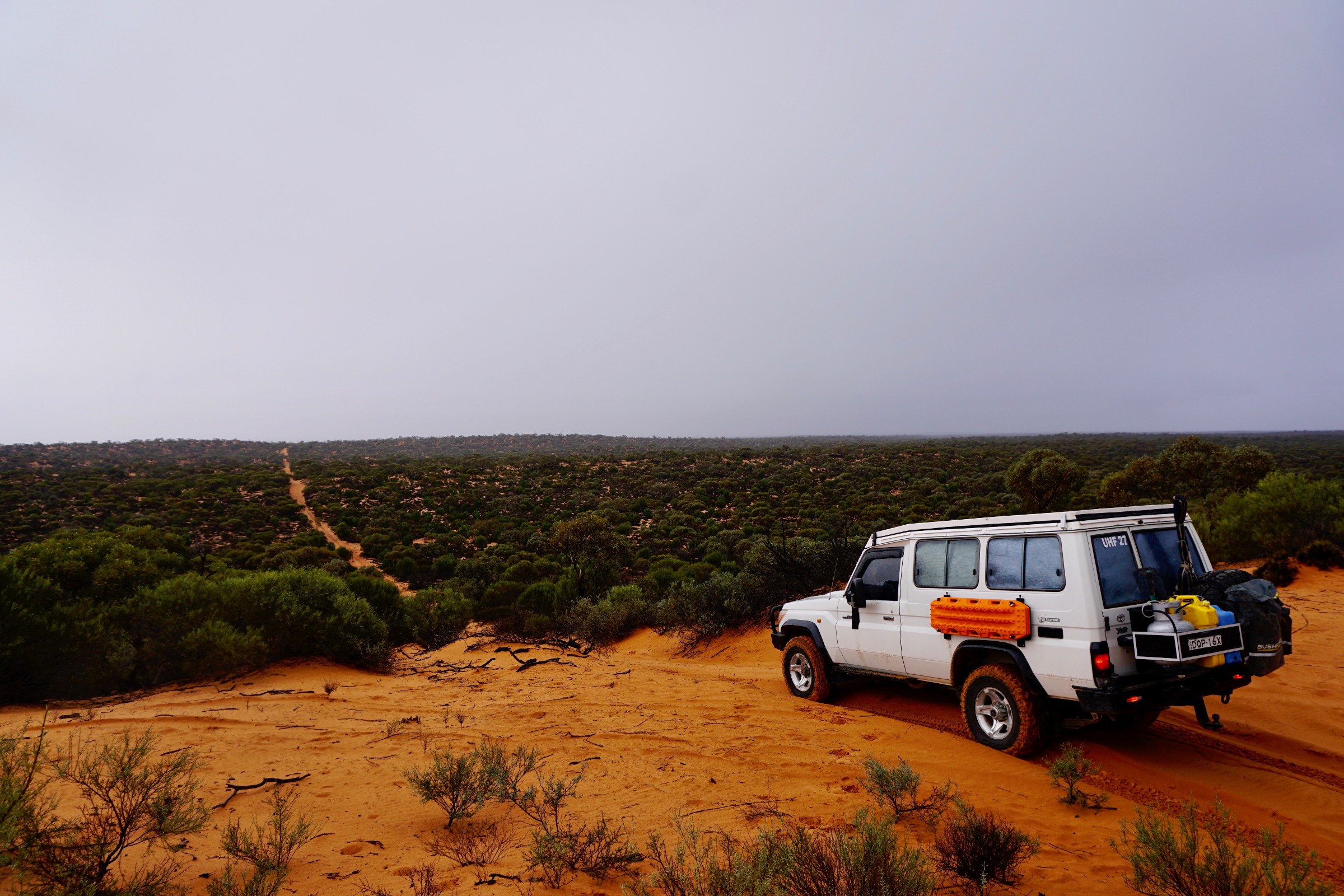 We were doing so well at posting our blogs on time until we got to Goog’s Track. Then it all kind of fell off the rails, partly because we’ve been moving around so much we’ve barely had time to scratch ourselves. It’s a full-on gig, this travelling life – we need a holiday! [Insert the swish sound of us ducking to avoid the abuse you’re now hurling our way.]

In the interim between finishing the track and being late in posting this blog, we’ve written a Goog’s Track how-to guide for Outdoria which covers the ins, outs and all abouts of the track as well as the route we travelled, so if you’re interested in reading it we’ll let that tell part of the story along with our photos below. 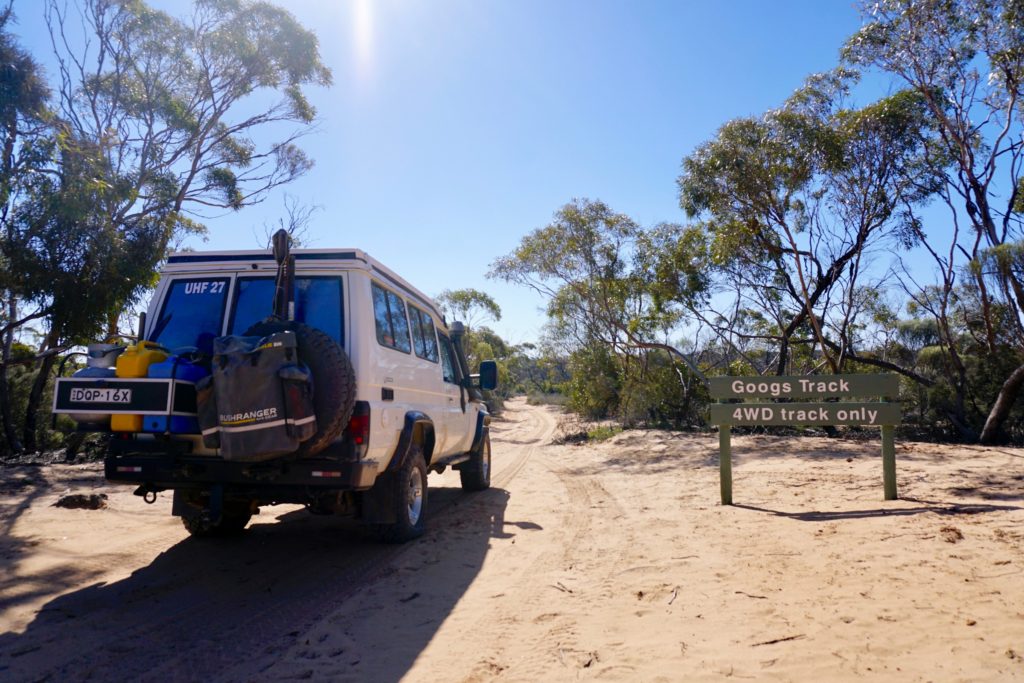 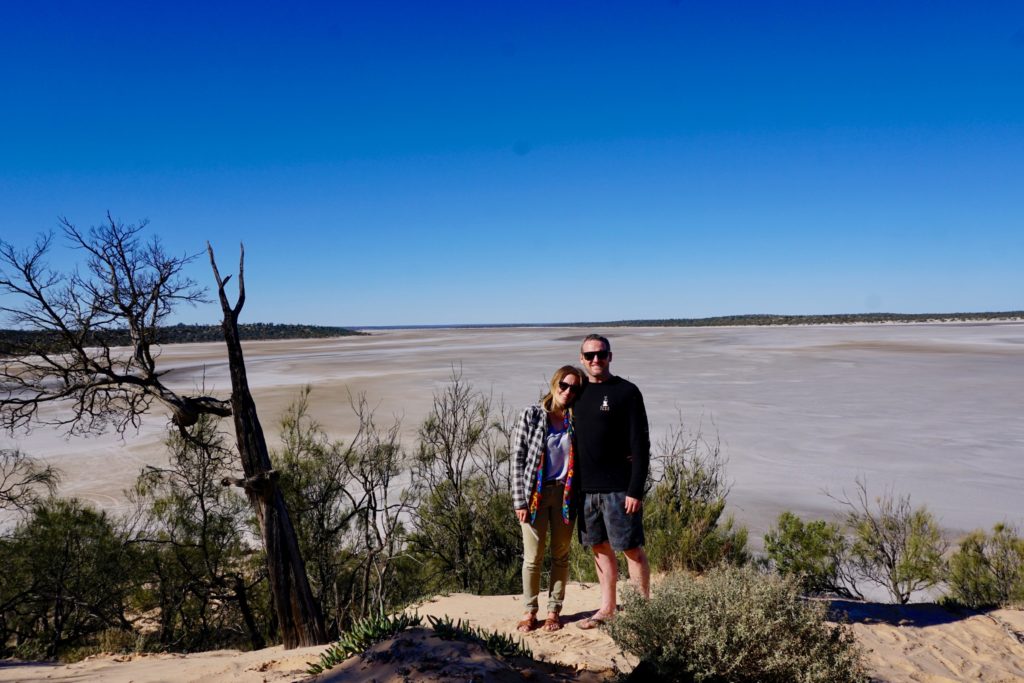 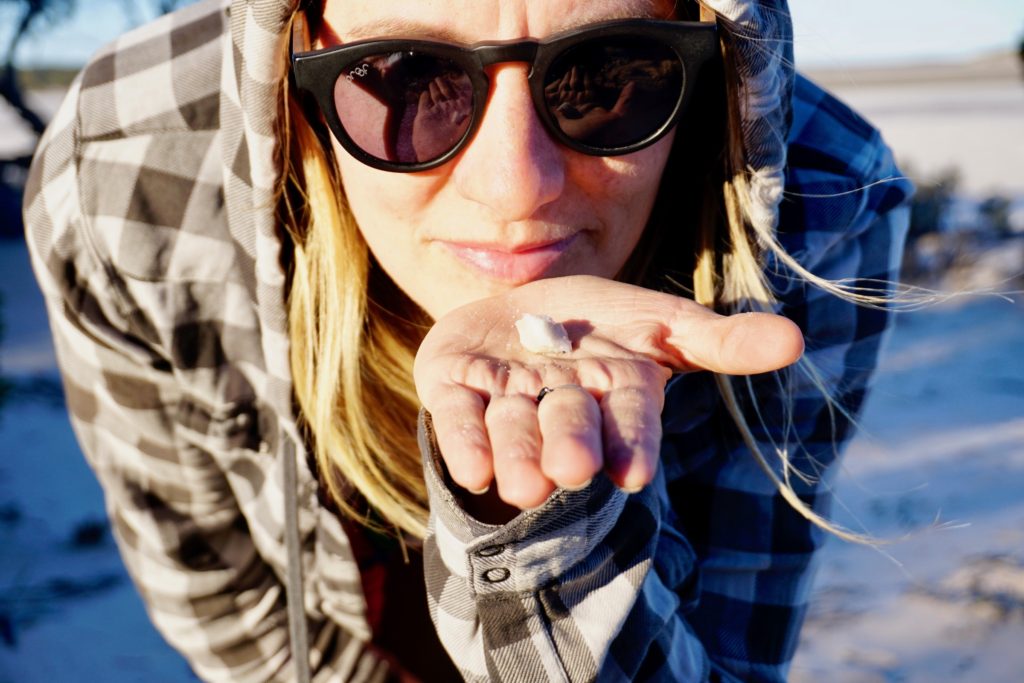 Up close and personal with salt crystals 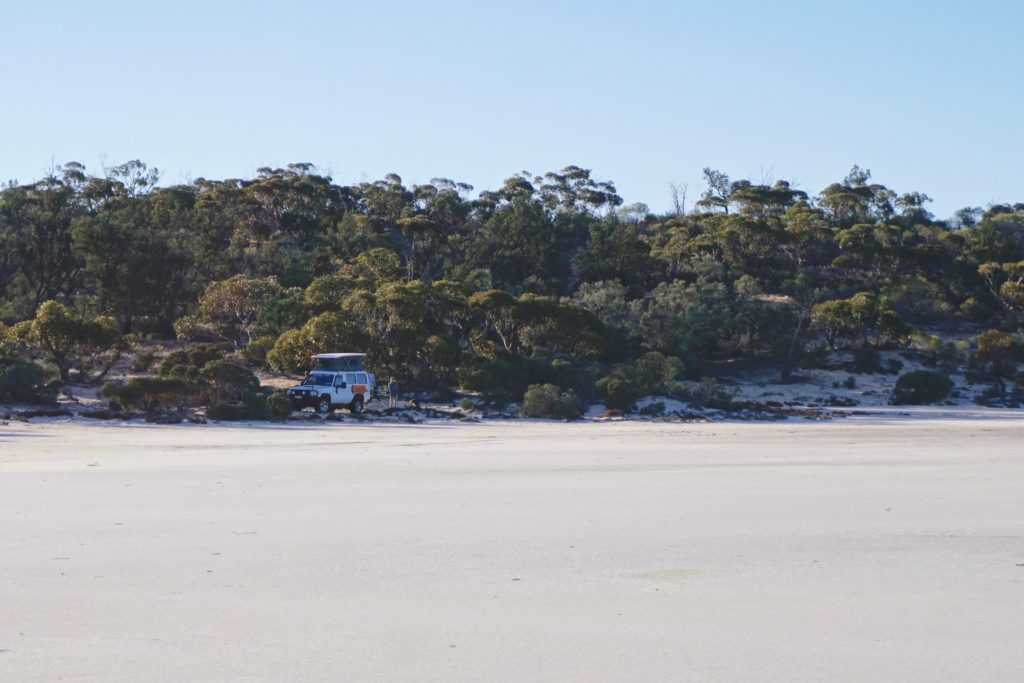 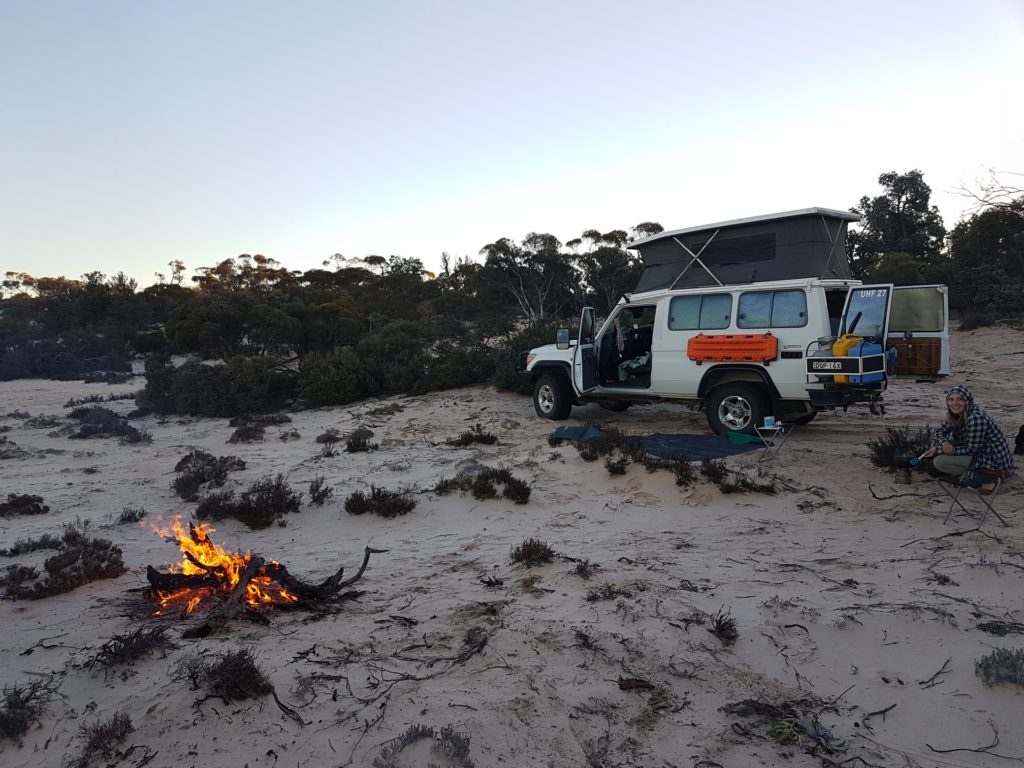 Not much beats a campsite with a fire 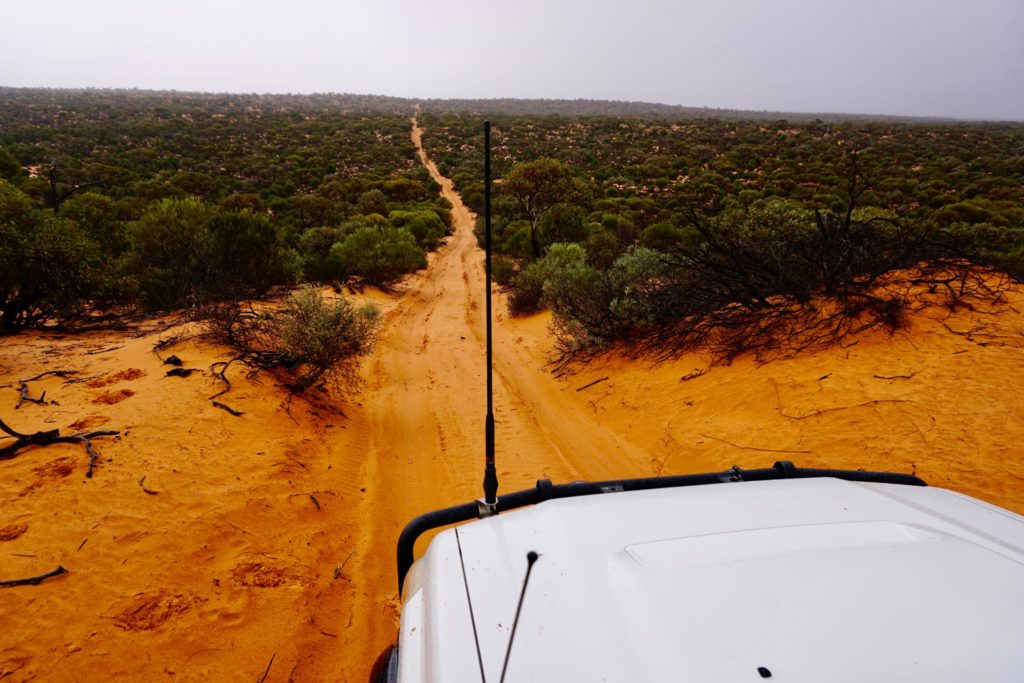 A lot of day two looked very much like this 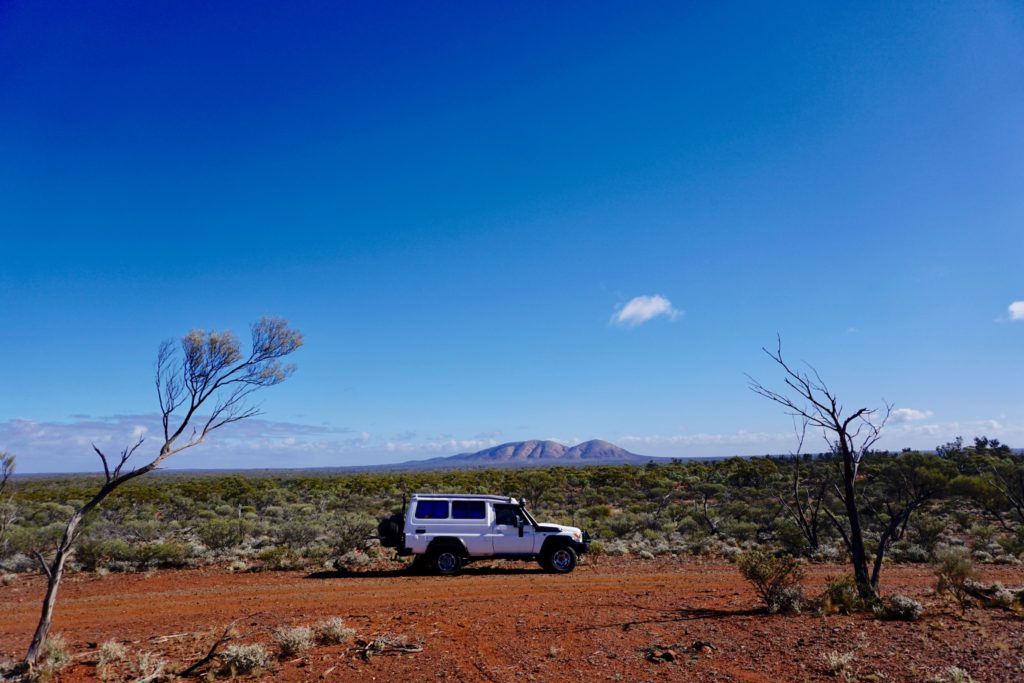 Mount Finke in the background 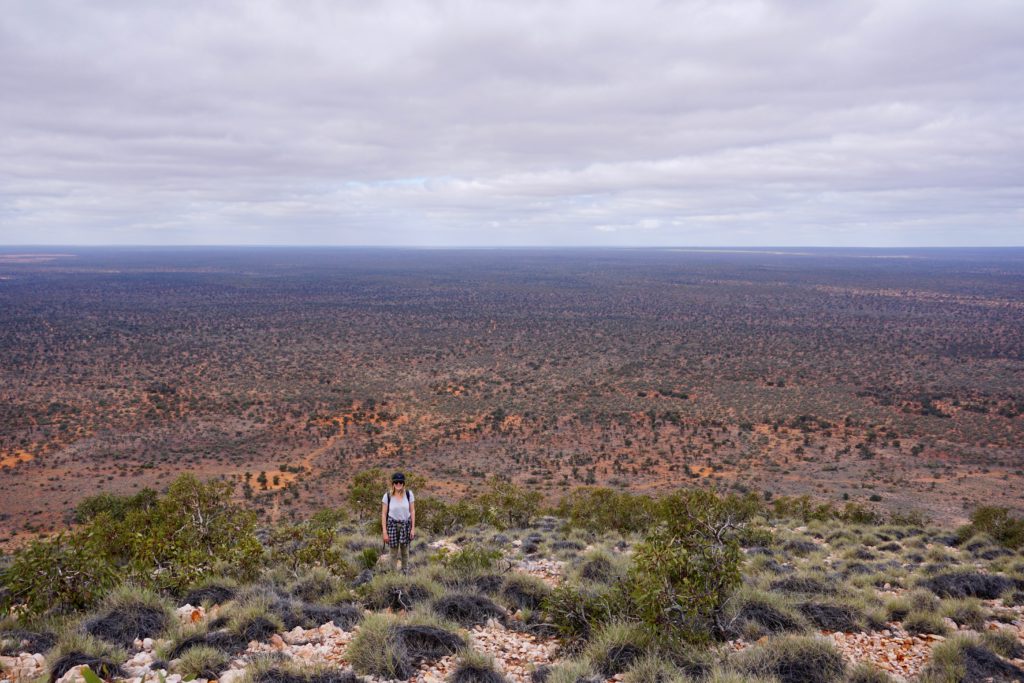 Up the goat’s track on Mount Finke 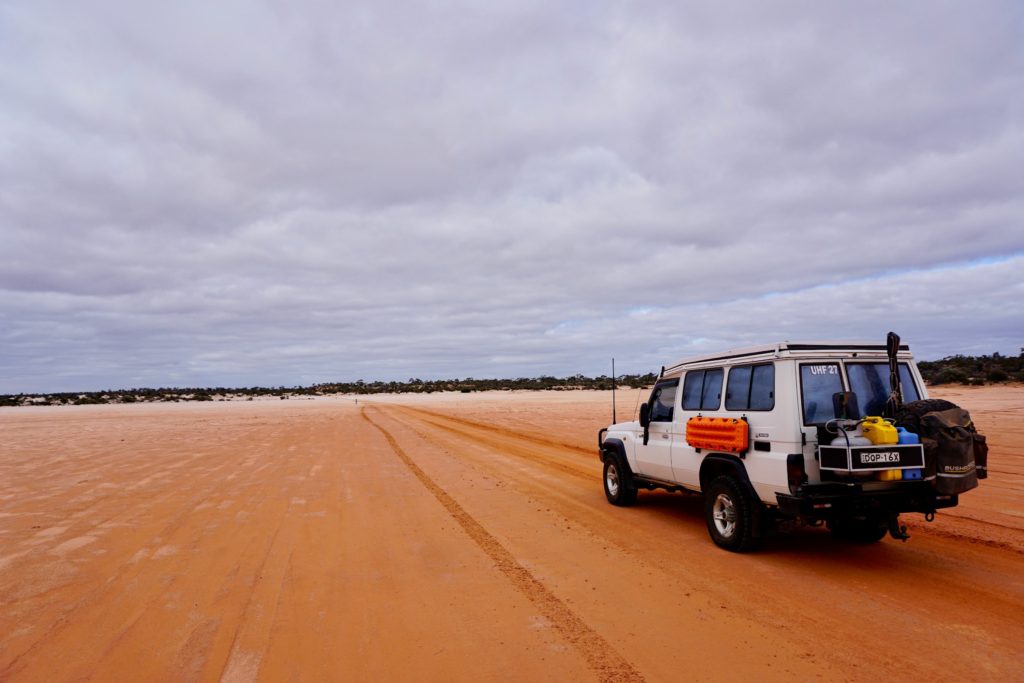 A few personalised notes left out of the Outdoria article include just how much we loved the little gecko who visited our campsite on the first night. So inquisitive and so entirely unafraid of us, we couldn’t get enough of watching him lick his own eyeball. Who needs TV, right? 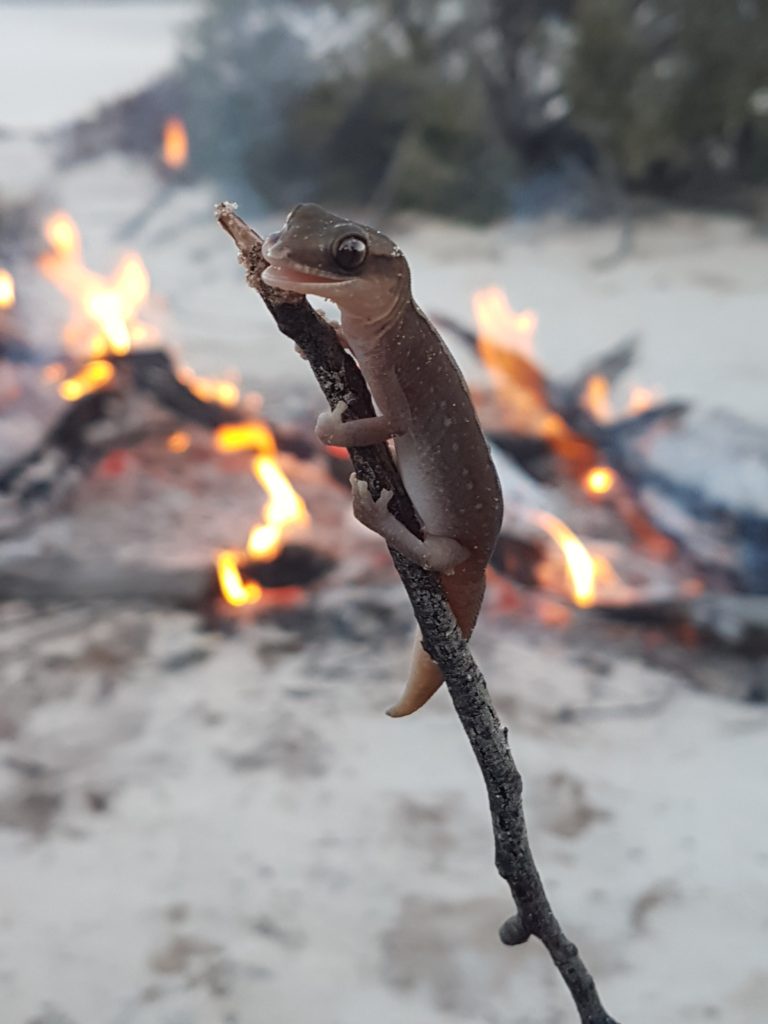 We also probably didn’t emphasise just how much rain we received, despite a promised clear forecast on the morning we left Ceduna. It was so heavy that we had to end our second day of driving early. Whatever our expectations of Goog’s Track, they certainly did not involve rain to the point we could barely see through our windscreen. 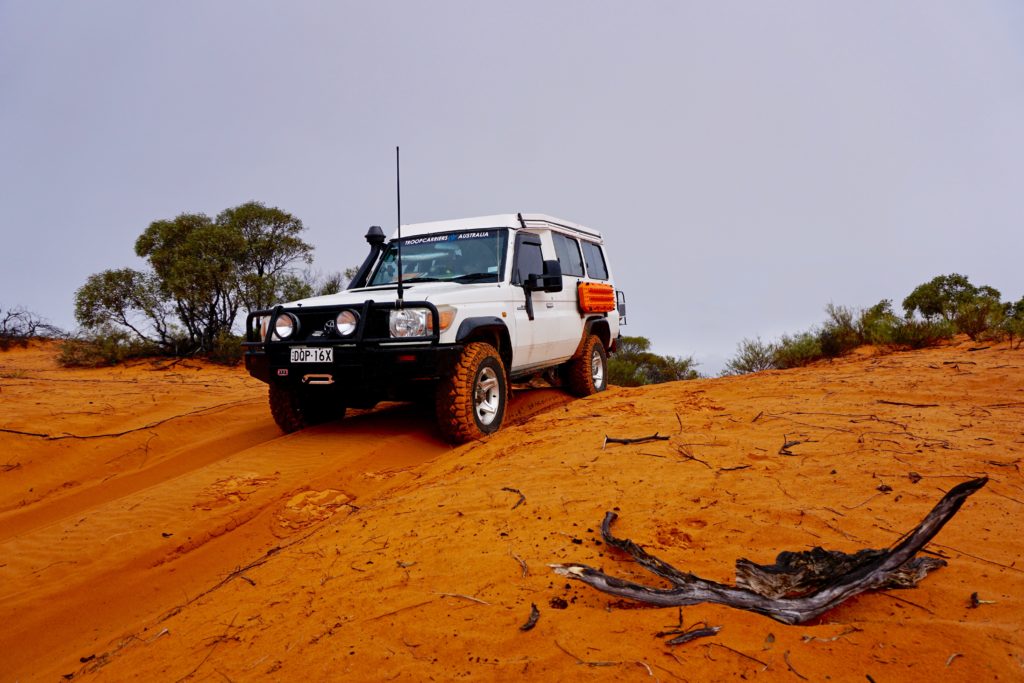 Another fun little thing that happened was our inverter battery going “pop” and not recovering, even though we’d only had it put in just before the trip. For the uninitiated, an inverter converts our car’s 12-volt power supply into 240 volt, which allows us to charge appliances such as laptops. Until it’s no longer an option you don’t fully appreciate what a luxury it is to have constant power from the “grid”.

The morning of our inverter breaking also marked another milestone of the trip – our first proper fight. As fights usually are, this was a ridiculous one involving a suspected tripped fuse which ended up not being tripped at all and exacerbated by a lack of spare fuses we didn’t actually need. We’ll leave it at that except to say it was ridiculous and strops were had.

In all, the 154-kilometre Goog’s Track took us three days and two nights, and we were stoked to complete it without a single bogging, despite the sandy road and the 360+ dune climbs. There were big pats on the bonnet for Tennyson at the end, followed by a delicious and well-earned drink of diesel (for Tennyson. We stuck with regular human drinks). 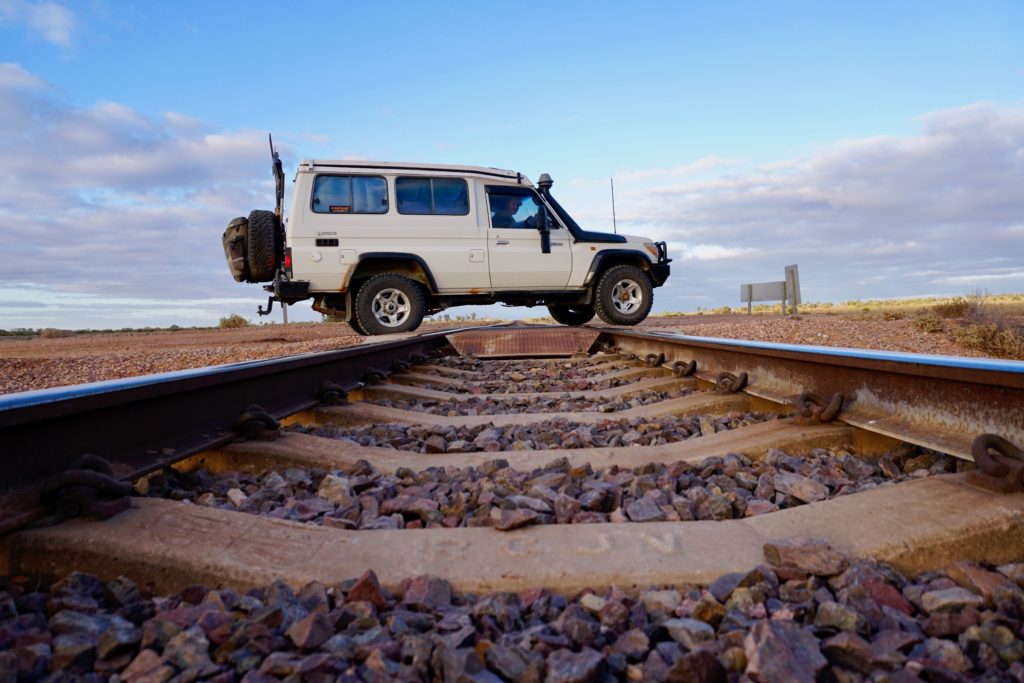 The Trans-Continental Railway line marks the end of the track

On our first night out of the track, we found ourselves well and truly in the desert. It was with pleasure we came across a town called Kingoonya, which is maybe a settlement more than a town as there’s pretty much just a pub there. That said, Kingoonya is a great little place which offers cold drinks, meals, a fire and an awesome free campsite with an actual flushing toilet. Bit of a novelty these days, the old toilet – let alone one that flushes!

Next up, Coober Pedy and beyond. 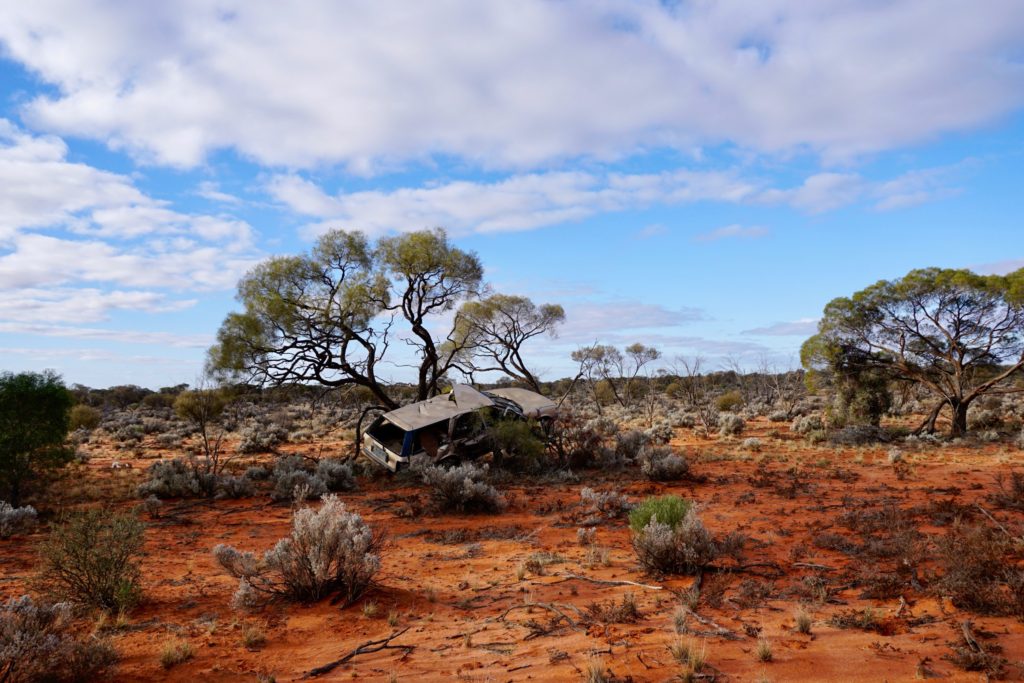 An all-too-common sight in the outback