Johanna Beach is a surfing, camping and fishing spot that was recommended to us by a number of people. After taking a day trip there while we were staying at Marengo, there was no way we weren’t going back for more. This blog must soon be reaching its maximum quota for words such as ‘amazing’, ‘breathtaking’ and ‘spectacular’ but these don’t even begin to scratch Johanna’s surface. 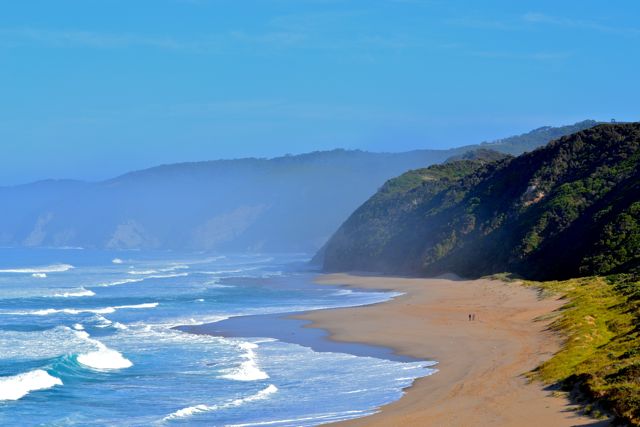 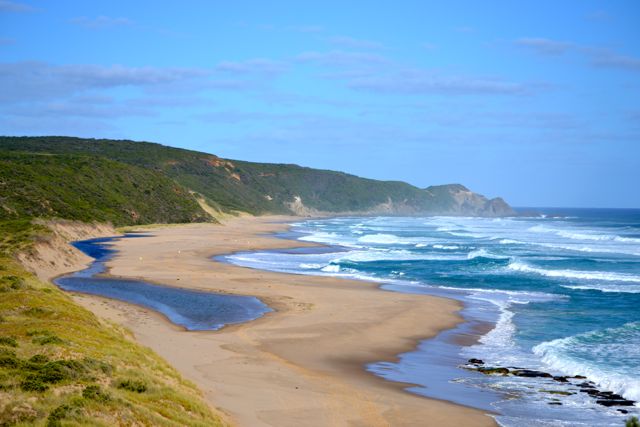 Approximately thirty-five kilometres west of Apollo Bay, Johanna Beach is where the Bells surfing competition is relocated to when there’s not much swell. Despite the fact that it forms part of Otway National Park, it’s also a slice of dog-friendly heaven. 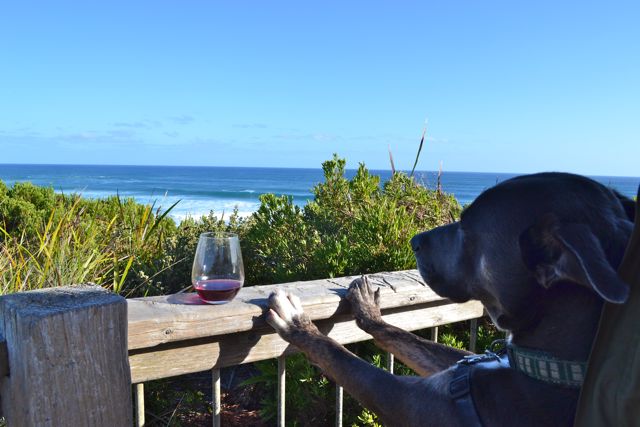 The camping area – which is pretty basic: no power, and bore water only – is located just behind the beach and our set up was a one minute walk to the sand. Admittedly this was a bit of a trek compared to some of our previous spots, but you can’t win them all.

Johanna Beach is a nesting area for hooded plovers, which have some of the lowest successful nesting rates in the world. The local ranger told us that this year they hatched two nests worth of baby birds – a feat, apparently. It’s awesome to see Victoria integrating wildlife preservation programs with dog-friendliness. New South Wales (Sydney in particular), please take note!

We took full advantage of being allowed on the beach with Neddy and many walks were had. 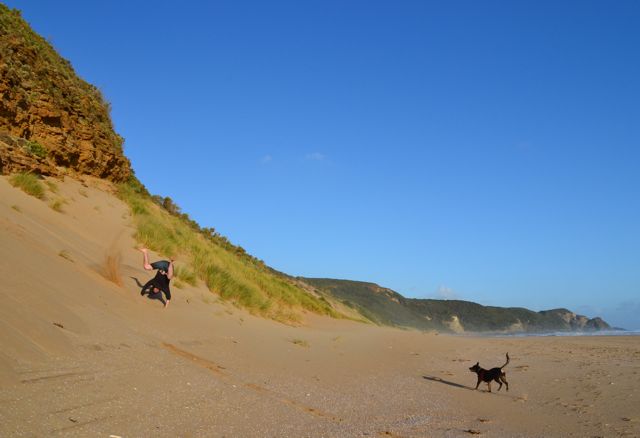 Jono cuts a path through the dunes 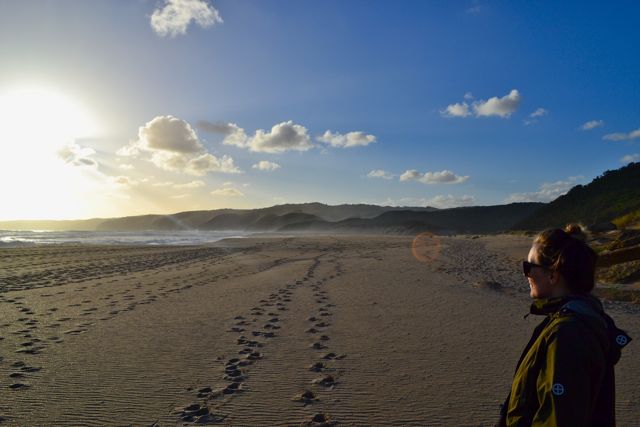 A sunset walk on Johanna Beach

On one occasion we ventured off into the dunes, scrambling up small cliff faces to find ourselves surrounded by red sand formations which wouldn’t have looked out of place in the outback. It was weird to find this landscape just metres from the ocean. 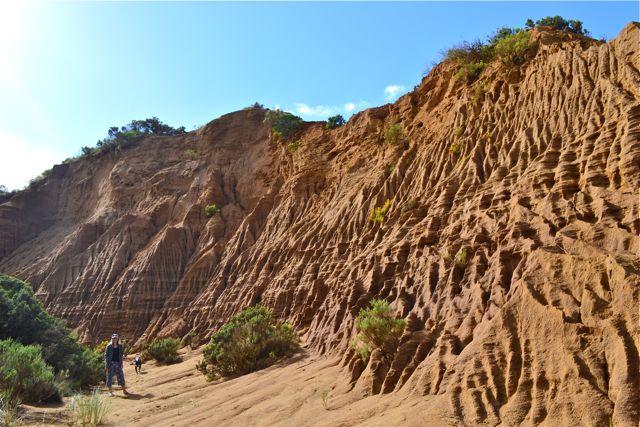 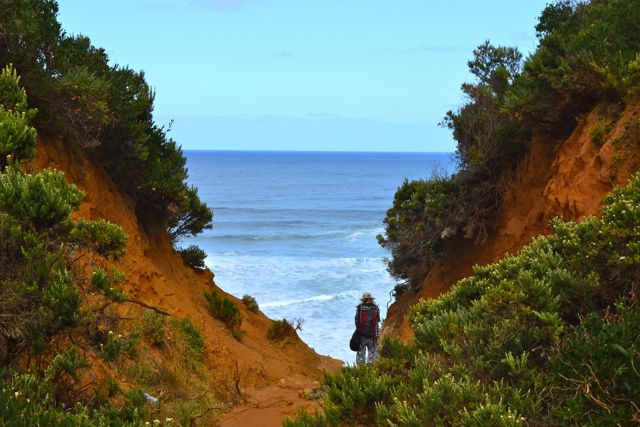 The surf was too big to be Laura-friendly, with water moving like rapids out to sea. The huge salmon being reeled in by fishermen didn’t do much to alleviate her shark phobia, either. Unbothered by ‘mythical creatures’ (his words) such as sharks, Jono managed a few solo surfs. On these occasions Laura sat on the beach clutching the camera, acutely aware that whatever footage she obtained might be aired on news channels around the country. 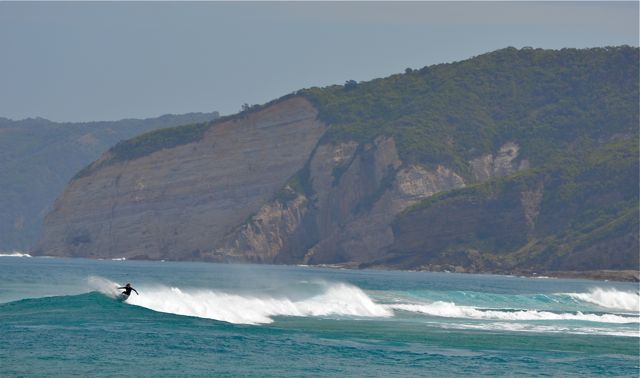 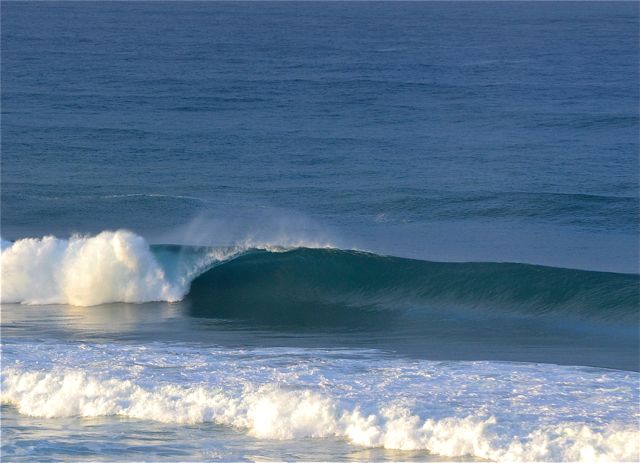 Bigger than it looks 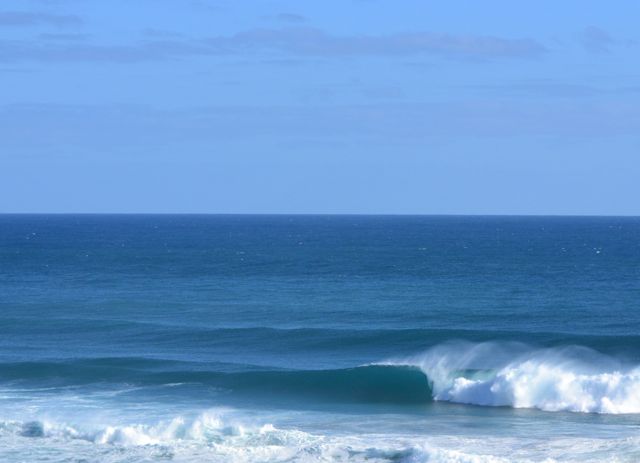 Another empty one goes through

Happily, no shark attacks were recorded and we live to champion another day.