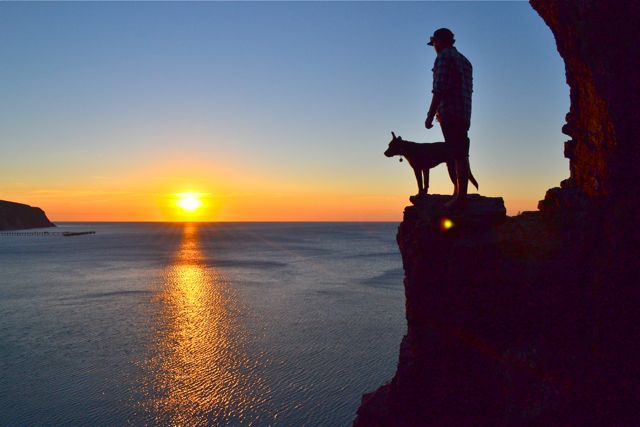 From Beachport we made our way towards the Fleurieu Peninsula, stopping to marvel at the pink salt lakes in the Murray region. How weird and wonderful they are. 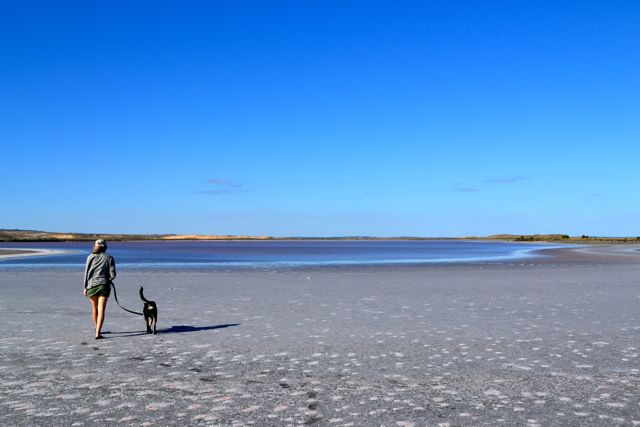 Walking across the salt plain 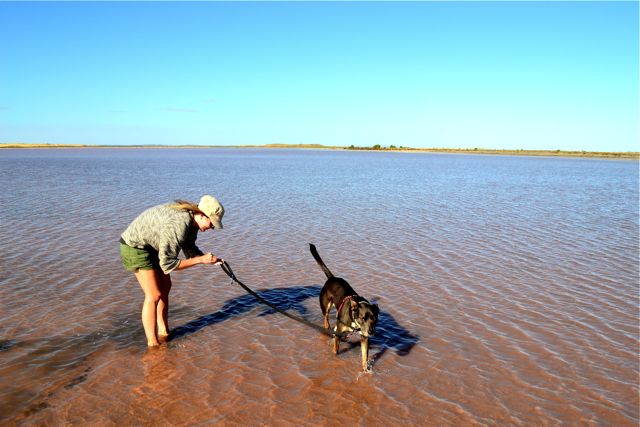 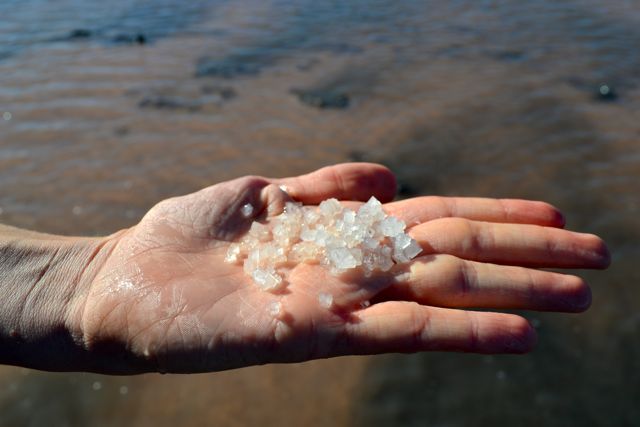 We ended up on the south-east coast of the Fleurieu in a town called Victor Harbor (to those spelling pedants looking accusingly at the word “Harbor”, there is a reason for it!). One of the primary reasons we ventured to this area was so that Jono could check out a renowned bodyboarding spot called Knights Beach in the nearby Port Elliot. He has dreamed of surfing this wedge break since his early grommet days and after enjoying a couple of bone-crunching and spine-flexing sessions, declared it a pinnacle trip experience. 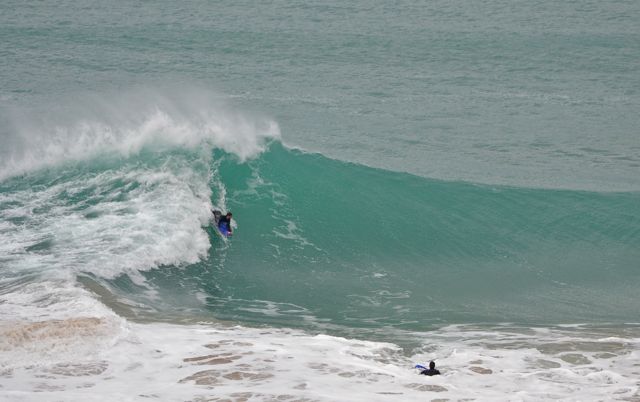 Unknown bodyboarder getting a tasty wedge at Knight’s Beach 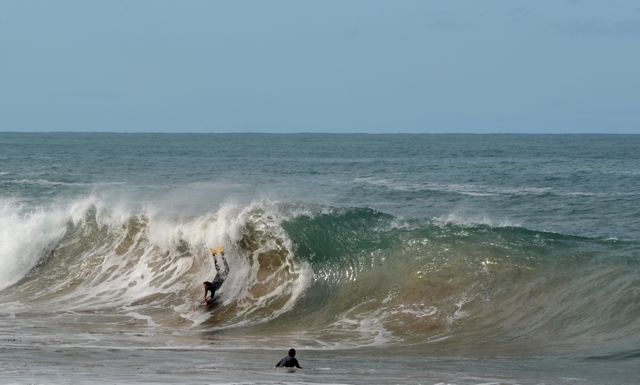 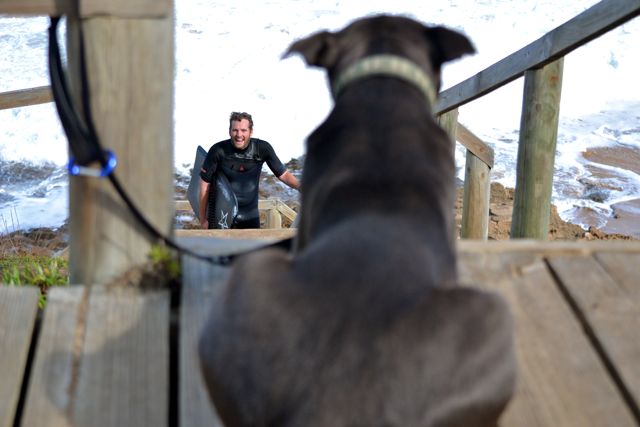 Speaking of pinnacle experiences, we can’t neglect to mention quad biking at Waitpinga Farm. Owner and guide, Kev, is salt of the earth and his property, which runs along the coastline, is absolutely spectacular. We were the only ones there on the day and so were privileged to receive a private tour. It was a great insight into working farm life on the Fleurieu Peninsula and we recommend the “Adventure Tour” activity as well worth the money. 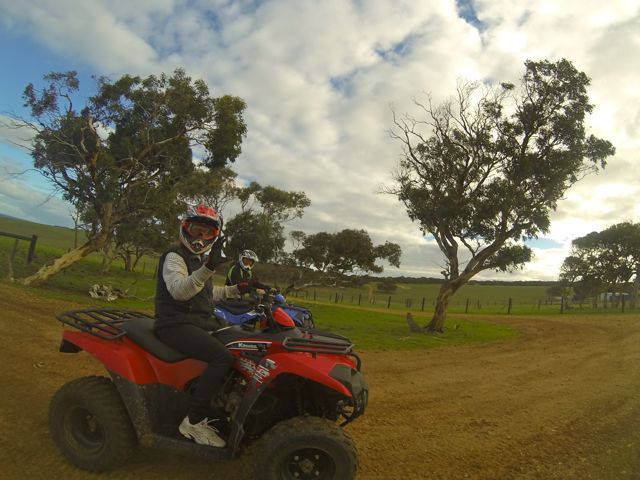 Laura and Kev at the start of the trail 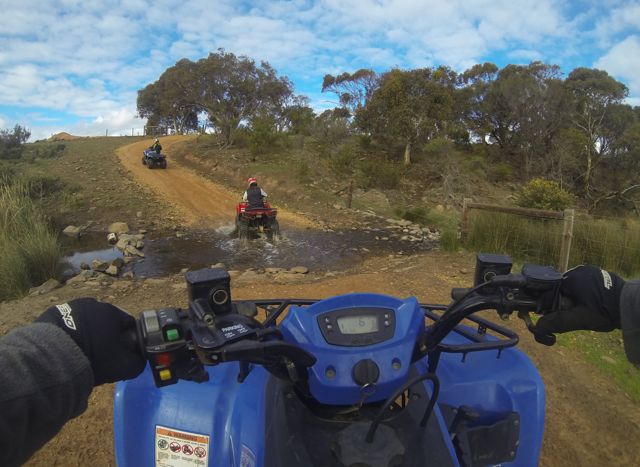 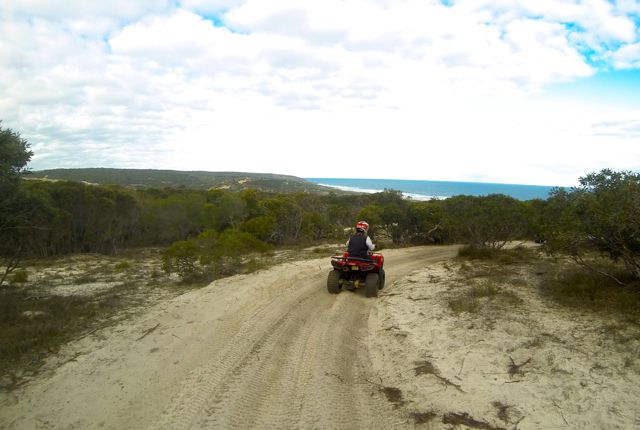 When we weren’t zooming around on four wheels we enjoyed walking on our own two and four feet. On one such expedition to The Bluff lookout, Jono took a photo of an extremely photogenic duo (that would be Laura and Neddy) and posted it to Instagram. Tourism Australia (@Australia) happened to see it and actually reposted the image on their own account. They have more than 1.4 million followers, which is a reasonably big deal in Instagram speak, and at the time of writing this our photo has received more than 52,000 likes. Both mind-blowing and humbling. 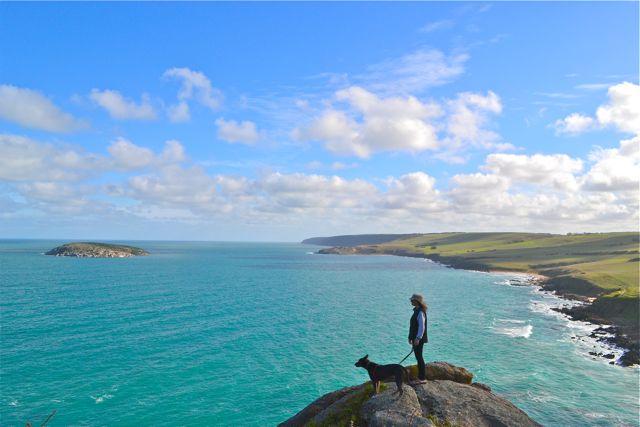 The photo reposted by Tourism Australia 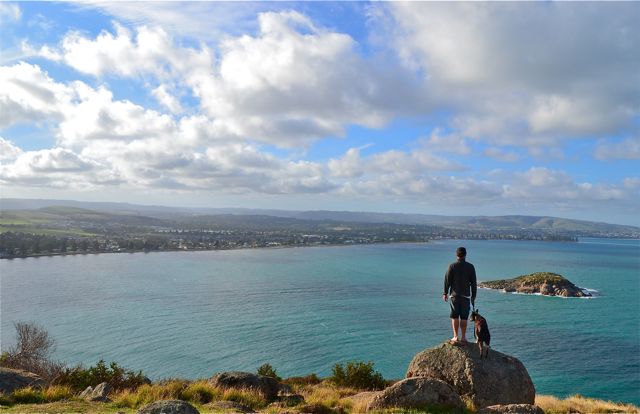 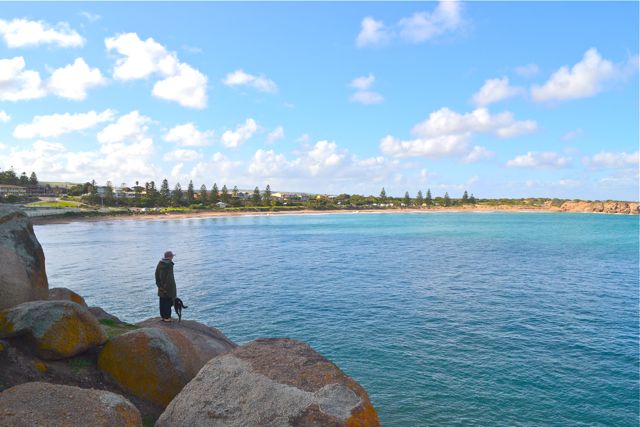 To our Victor Harbor Holiday & Caravan Park neighbours, Sheron and Paul, we would like to give thanks to you in this public arena for assistance rendered during the event which shall henceforth be known as the Great Annex Debacle of 2015. After our annex* began to leak and we made the decision to put it away, we succeeded only in rolling its front wall up into our awning (bad), bending a support pole (worse) and watching as screws began to tear out of our caravan wall (potentially fatal).

Despite the rain, Sheron and Paul left the shelter of their own caravan to come to our aid. Thanks to their sage advice, their ladder and some much needed moral support, we managed to contain the beast approximately 200 hours sooner than we would have without them. We didn’t get a picture of the situation at its worst but after we’d gone some way to putting it back into shape it looked like this: 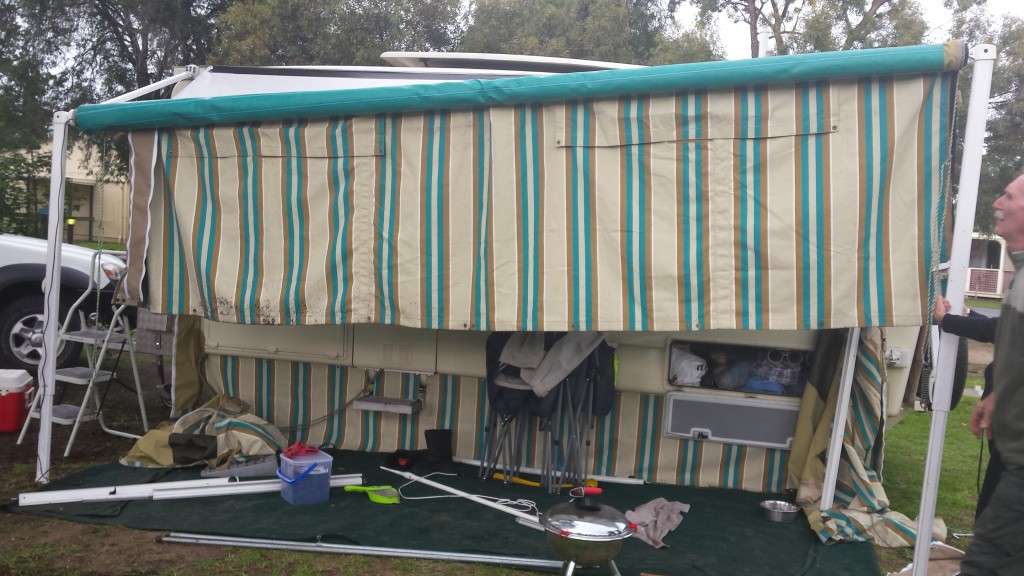 After the excitement of GAD 2015, we unwound by going 4WDing on the nearby Goolwa Beach. It didn’t quite live up to our Beachport experiences, but was nice nonetheless – made nicer still given that a demented annex wasn’t flapping in our faces. 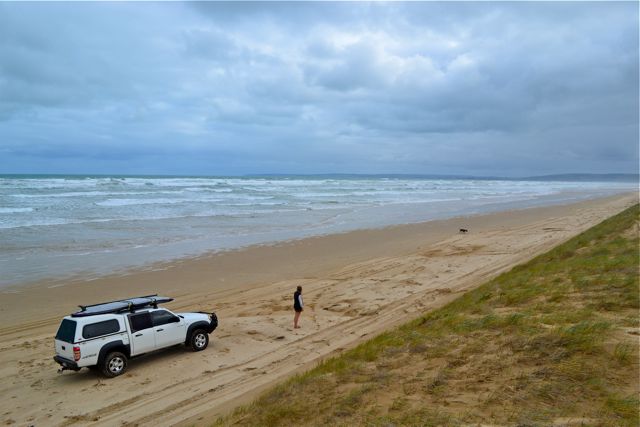 An empty stretch at Goolwa Beach

Courtesy of a voucher gifted to us by a friend (thanks Clare!), we also enjoyed a delicious dinner at a Victor Harbor restaurant called Anchorage. Accustomed now to spending evenings tucked up in our little caravan, it was quite the event to go out. In fact, Jono deemed the occasion special enough that he even dressed up for it. Let it go unmentioned that these days Jono’s version of “dressing up” equates to putting on underpants … Laura takes wins where she can.

After taking a day trip to Second Valley Beach, on the western tip of the Fleurieu Peninsula, we were blown away by the area and decided that we’d come back for more. You can see how we got sucked in: 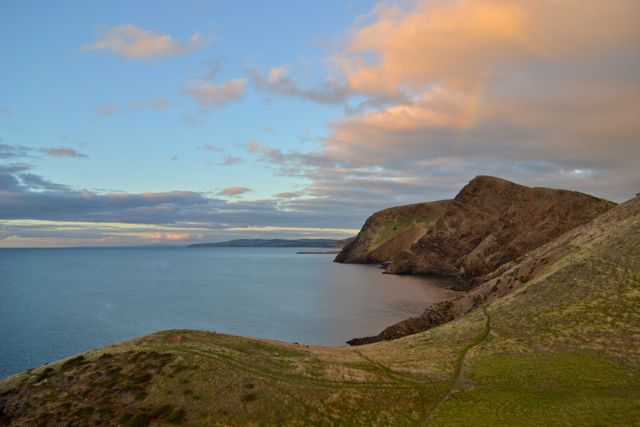 Second Valley Beach. Can you find the rainbow? 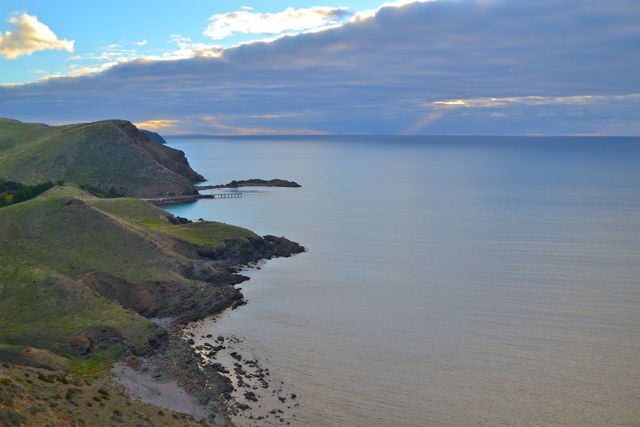 So, on leaving Victor Harbor we headed for Rapid Bay, which is Second Valley’s neighbouring town. Disappointed we weren’t. During our stay we enjoyed truly beautiful sunsets, some spectacularly unsuccessful group paddle boarding adventures, other very successful solo paddle boarding missions and fun rock-scrambling explorations around headlands where we found secluded beaches and hidden caves. 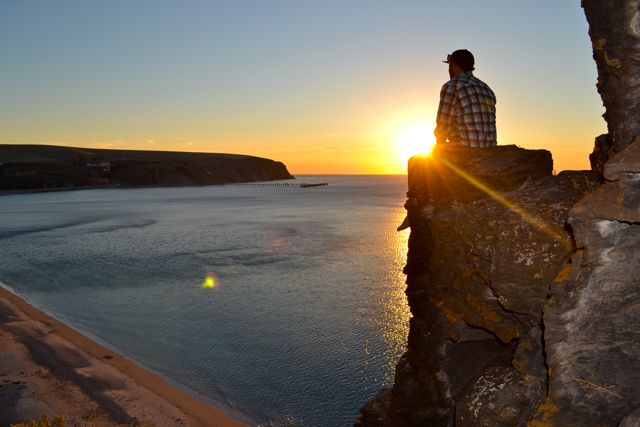 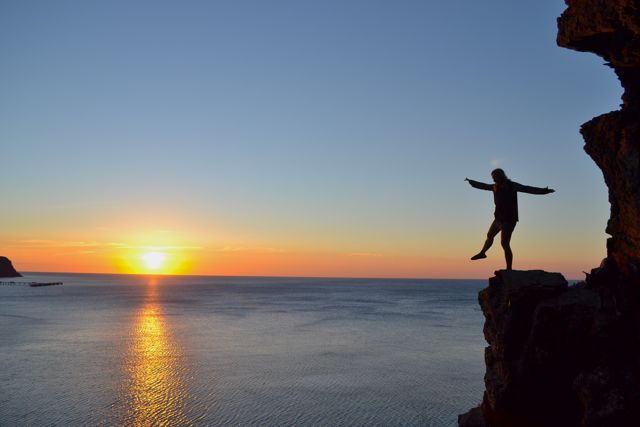 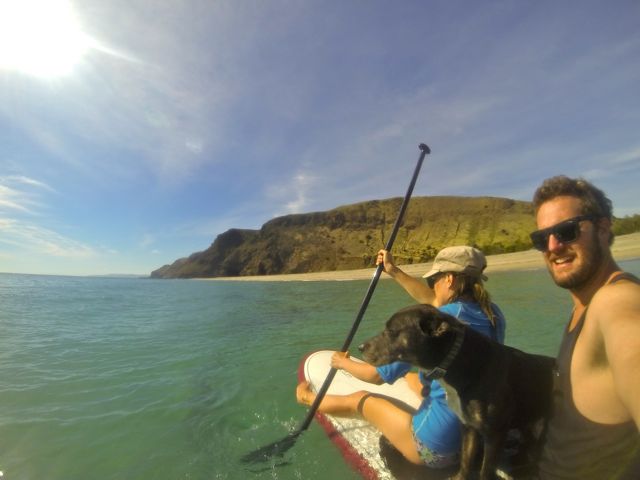 In 20 minutes we travelled about 30 metres 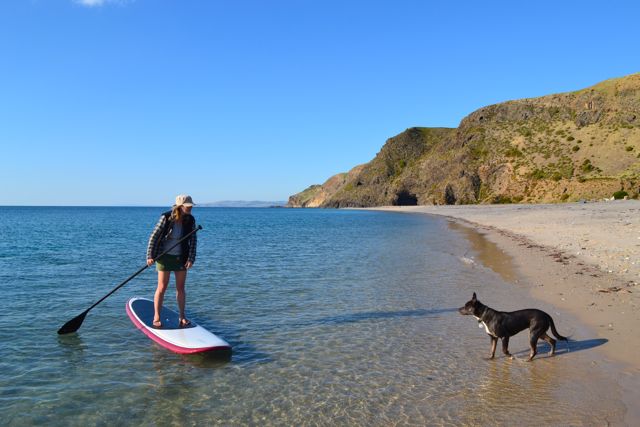 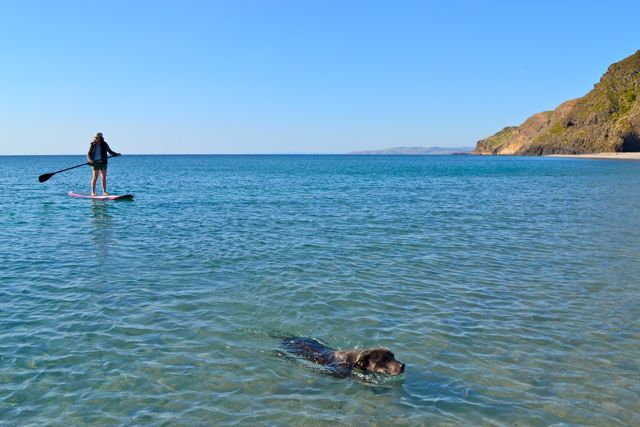 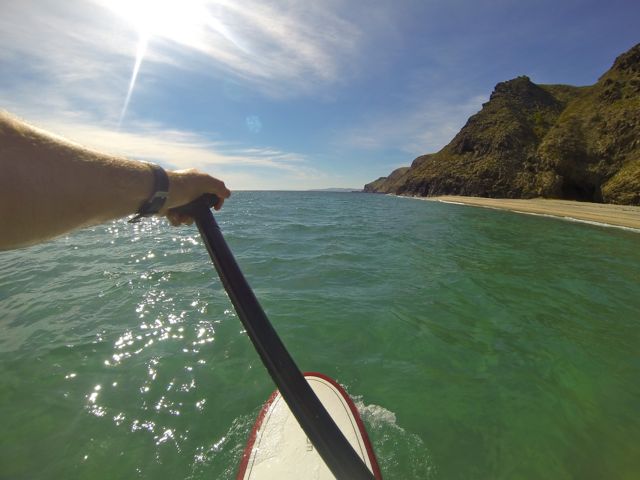 One of the more successful solo SUP missions 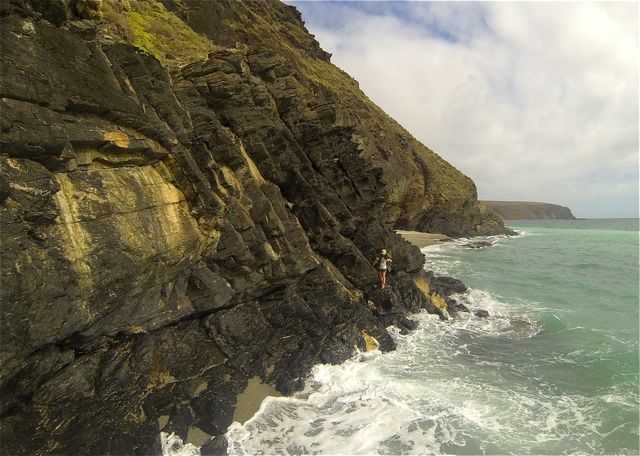 On a headland mission 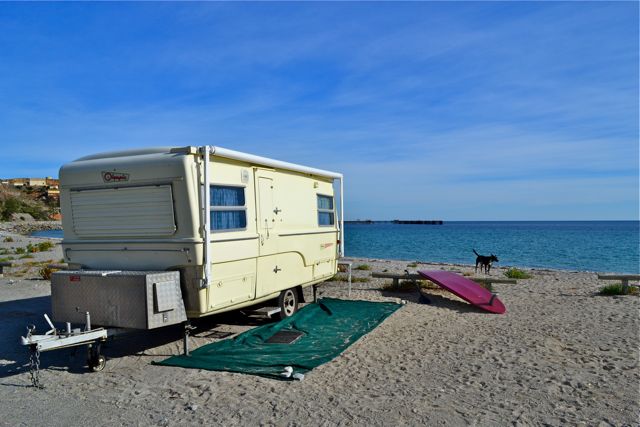 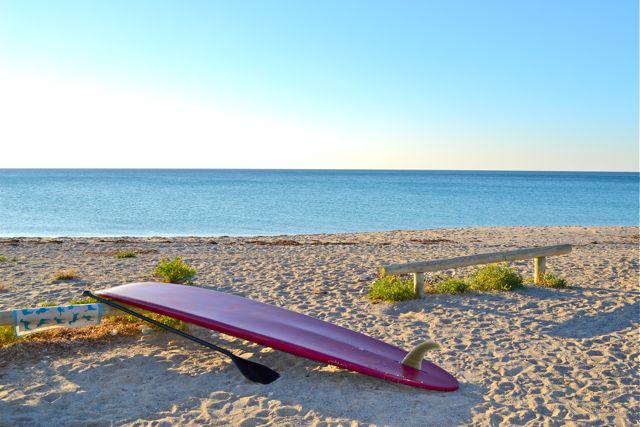 All in all our Fleurieu Peninsula experience was an amazing one and we were sad to leave. However, knowing that the Yorke Peninsula beckoned made it a little easier to bear.

* For the uninitiated, an “annex” is the tent-like apparatus that you often see attached to caravans. The way it works (or is supposed to) is that you attach the canvas annex walls to your awning, with the intended effect of providing an extra living space. 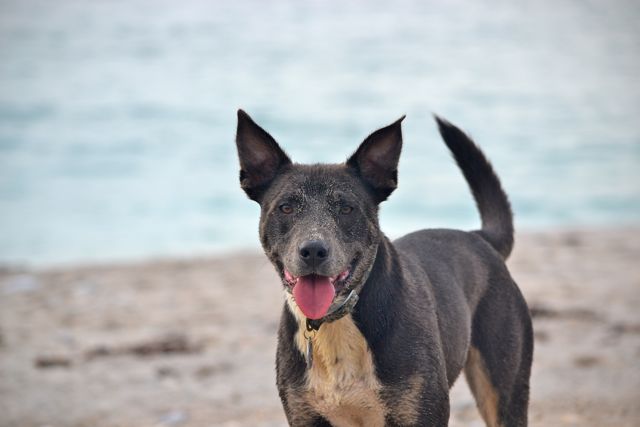