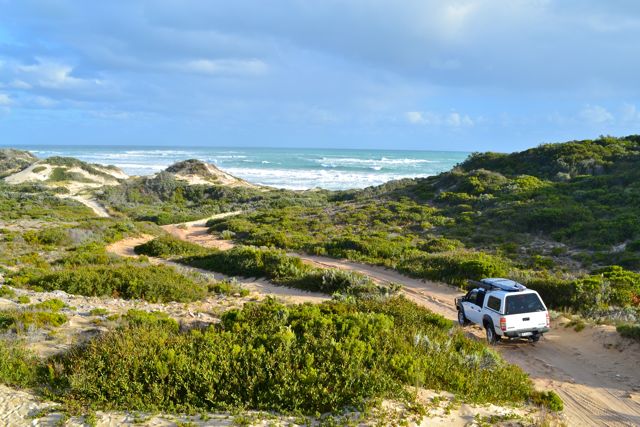 Crossing the border into “deep south” was another big moment for us. As every Australian well knows, and as Jono is fond of saying, South Australia is the lawless state*. Simply sighting the border sign gave us the urge to engage in illegal activities. Immediately we wanted to advertise for sale a fridge with a compartment exceeding 42.5 litres in capacity, or deny a landlord the right to remove corn from an overdue tenant’s premises**.

Luckily for the South Australian law enforcement services, we were quickly distracted from our lofty criminal aspirations. Just after crossing the border Laura’s eye drifted to the car clock, which read 4:28pm. When she picked up her phone just a few seconds later she was surprised to see 3:47pm. She looked at Jono’s phone: 4:17pm, before asking Jono to check his watch: 4:20pm. Hmmmm.

As it transpired, South Australia is half an hour behind AEST. Smartphones – living up to their names – automatically update the time. Laura’s phone was right on the money while Jono’s phone hadn’t updated because he had it in flight mode. Our car clock and his watch (neither being of the “smart” variety) hadn’t updated – and they were eleven minutes and three minutes fast respectively. Trust us to create our own time warp.

Anyway, we managed to arrive at Mount Gambier Showgrounds before they closed for the night. The caretakers – a very nice couple who have been on the road for ten years(!) – allocated us a site close to the showground’s very active “cow washing station”. While this might read as more of a slight than a service, we very much enjoyed the activity of this little hub. Indeed, never before have we encountered so many pristine bovines.

We didn’t linger in Mount Gambier, staying just two nights. However, while in the area we visited the Umpherston Sinkhole (literally a huge sunken hole in the middle of a park which is filled with manicured gardens), the Blue Lake (beautiful, but less blue than we had anticipated. We didn’t even take a photo!), hiked Mount Schank (an inactive volcano), and checked out the Tarantoola Caves (a network of limestone caves full of stalactites and stalagmites, which were discovered in 1930 when a teenaged boy sent his ferret down “a rabbit hole” and had to follow it in when it didn’t reappear. An interesting piece of trivia about the caves is that they remain at 17 degrees Celsius regardless of the outside temperature): 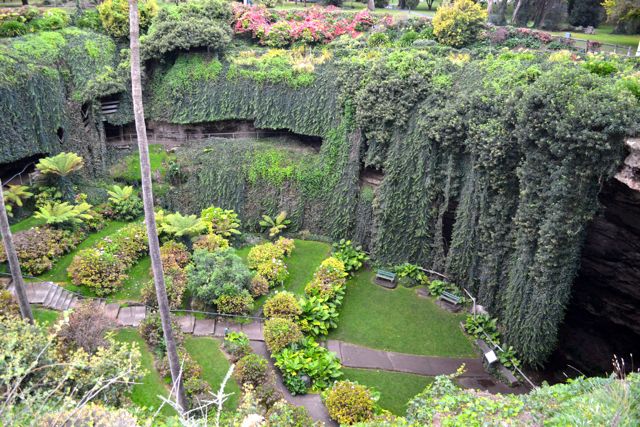 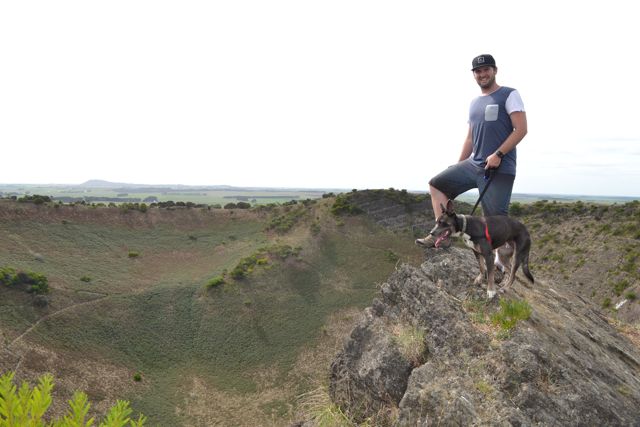 The boys on the crater’s edge at Mount Schank 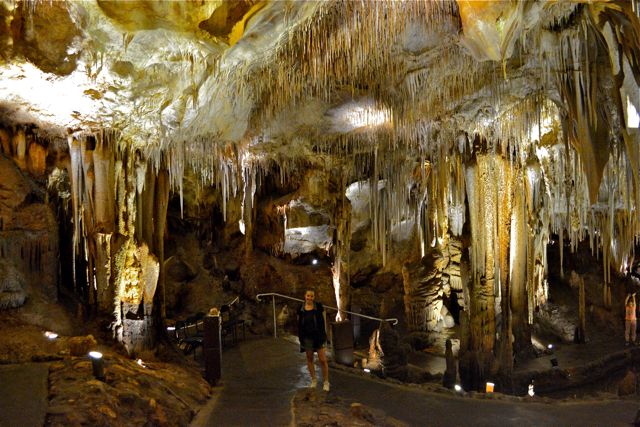 And that was Mount Gambier.

A fellow traveller had recommended Beachport, and that’s where we ended up next. Though small and sleepy, this fishing town boasts (it does boast!) the second longest jetty in South Australia and offers some interesting self-guided historical tours. It’s also home to the Pool of Siloam, a body of water seven times saltier than the sea. We can attest to its saltiness, not having been able to resist tasting it. 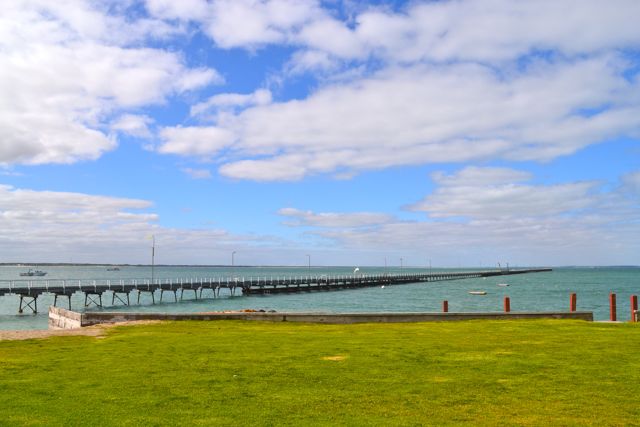 To Jono’s immense pleasure we discovered that the area features some of the best recreational sand dune 4wding in Australia. We partook on a couple of occasions – dropping our tyre pressure to a respectable 19 PSI – stopping along the way to enjoy sunsets, deserted beaches and painful hops across some of the stabbiest rocks our feet ever did meet. Stabby rocks aside, these were some of the best hours of our trip so far. 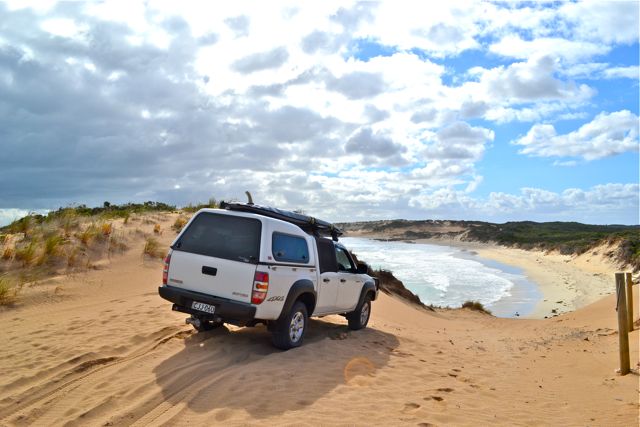 Beginning of a beach run 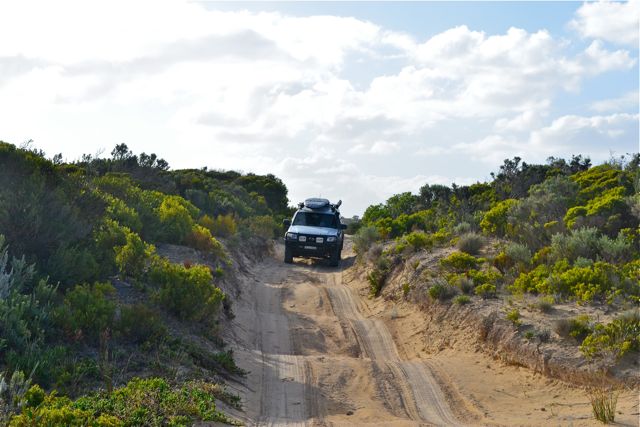 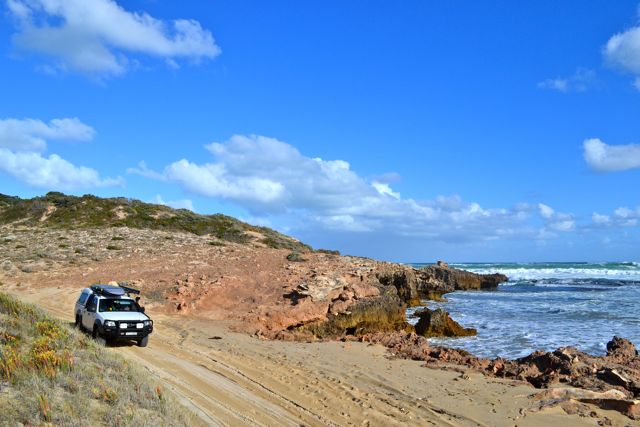 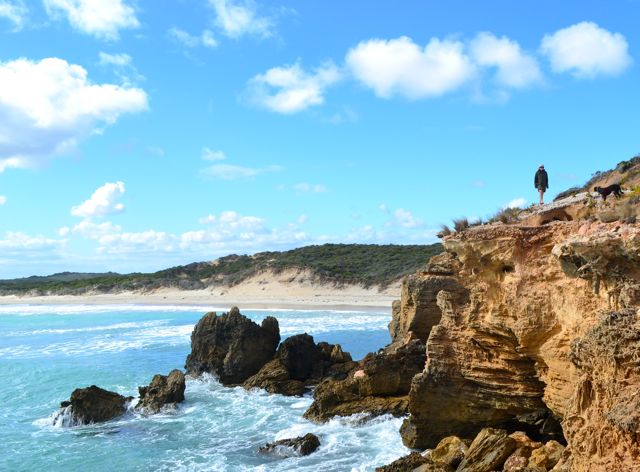 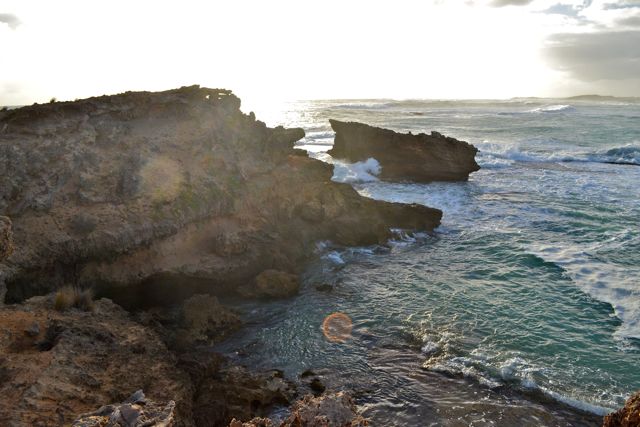 So many different rocky outcrops to explore. Just don’t fall down … 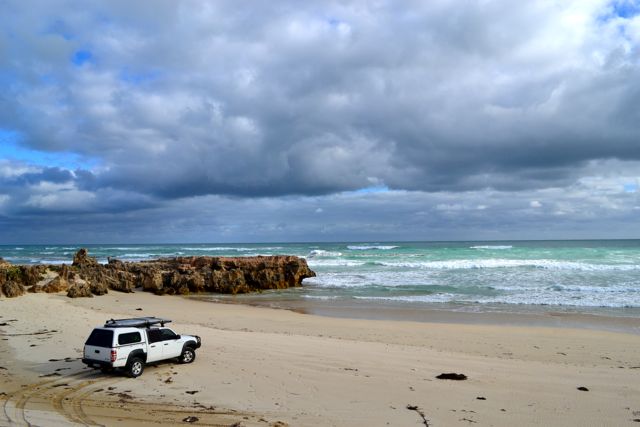 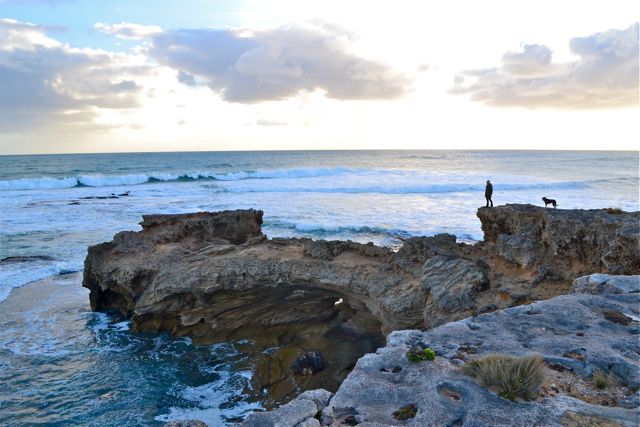 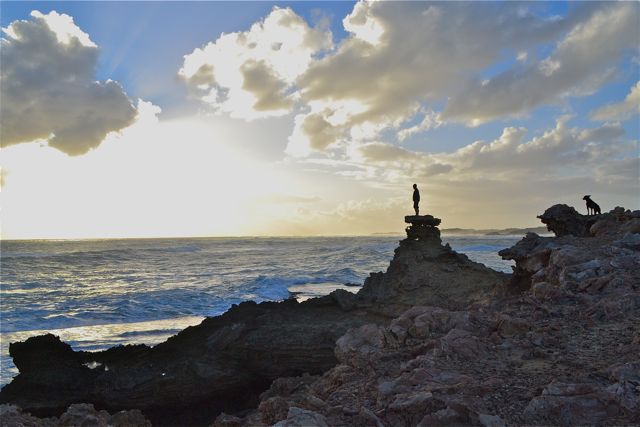 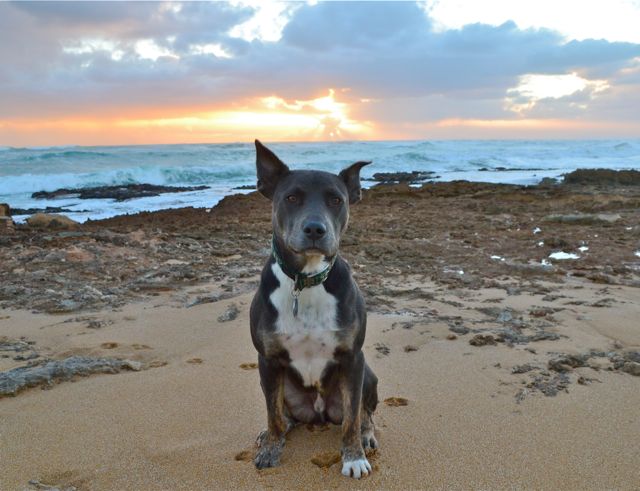 We spent one day visiting the nearby town of Robe, apparently a South Australian holidaying mecca. Well, there wasn’t a holidayer in sight as we took a very, very wet and windy walk along the beach. It was so wet that Laura ended up removing her jeans to keep them from getting soaked, and so windy that she almost lost them to the breeze.

Though all the beaches were Neddy-friendly (a massive plus), unfortunately not a skerrick of surf was to be found on the Limestone Coast. With the promise of some decent swells forecast, Jono was frothing at the bit. The Fleurieu Peninsula would be our next destination.

* “Lawlessness” is of course judged solely on the basis of South Australia’s comparatively relaxed car registration laws.
** Though odd, the aforementioned are apparently both prohibited acts when in South Australia. 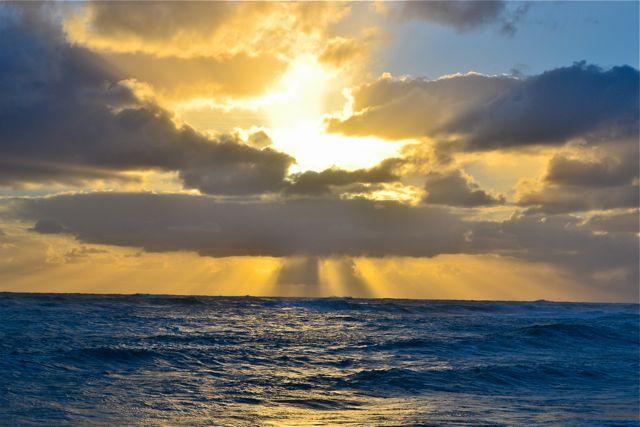 2 thoughts on “The Limestone Coast: a border crossing”