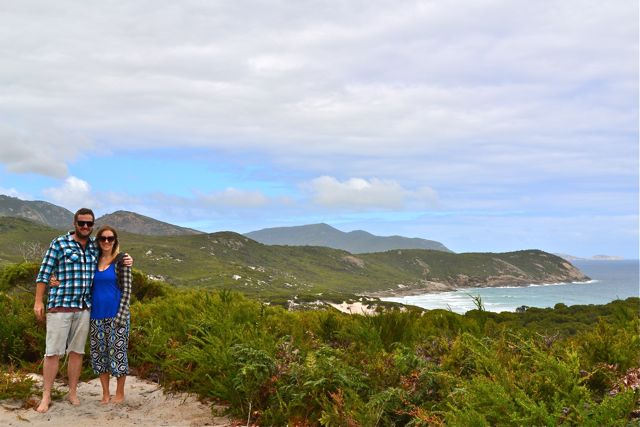 We’d not heard of Wilsons Promontory before we started our trip. Maybe the Victorians are trying to keep this place a secret? If that’s the case we don’t blame them – it’s truly amazing, and only three and a half hours south-east of Melbourne. We stayed at a beautiful free camping area at a place called Franklin Downs, which had a creek and the added bonus of being Neddy friendly.

Wilsons Prom itself is so spectacular that clichés (rugged beauty, sweeping coastlines, breathtaking scenery) feature in abundance. Unsurprisingly, no words can do it justice. For those visitors not encumbered by a dog (it’s a national park) there are endless walks to take, including an overnight one which will get you to the southern-most point of mainland Australia. This was the first major Neddy-drawback we have experienced as we really, really wanted to do the overnighter. Ah well.

We drove the coastal route back from the Prom, which took us via Inverloch and the Bunurong Marine National Park. Then it was back to Melbourne to bother Shell and Dan for another few days. We met them en route in the Yarra Valley where we ate a delicious lunch at Zonzos while enjoying the backdrop of beautiful Victorian wine country and then enthusiastically participated in wine-tasting before visiting the nearby town of Healesville for some post-lunch cake.

Next day plans to go for an early morning paddle board at Sandringham were thwarted by a strong wind, so we breakfasted at a café instead, followed in the afternoon by a big walk from Richmond, through the Royal Botanic Gardens, via the Shrine of Remembrance War Memorial to the Yarra River, where the Moomba Festival was being held. The festival was showcasing world tour water-skiing and wake boarding events, which were pretty entertaining.

Our last day in Melbourne was marred by a minor car accident. We weren’t towing Claude at the time, thank goodness, and everyone could drive away. So it could have been worse. Up next: Great Ocean Road and beyond! 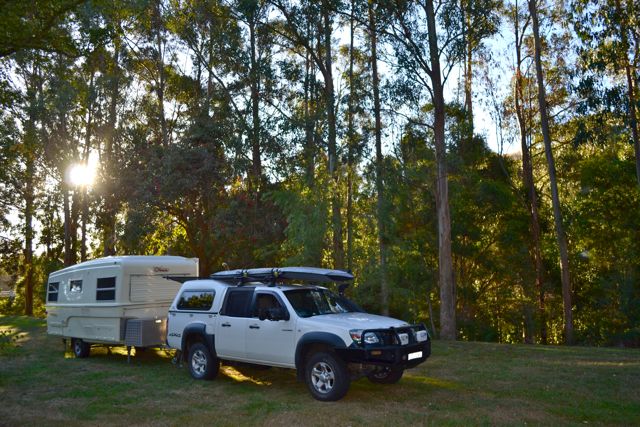 Our camping spot at Franklin Downs 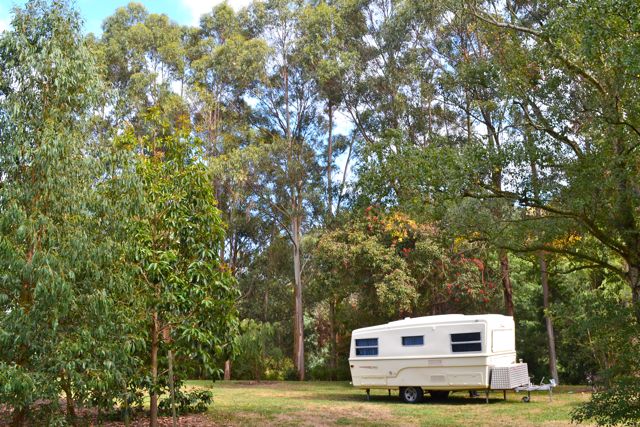 Claude parked at the free camping spot in Franklin Downs 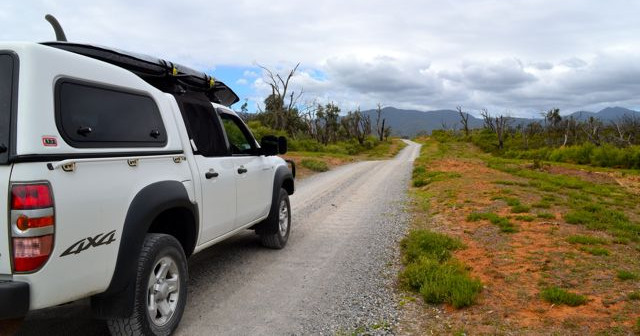 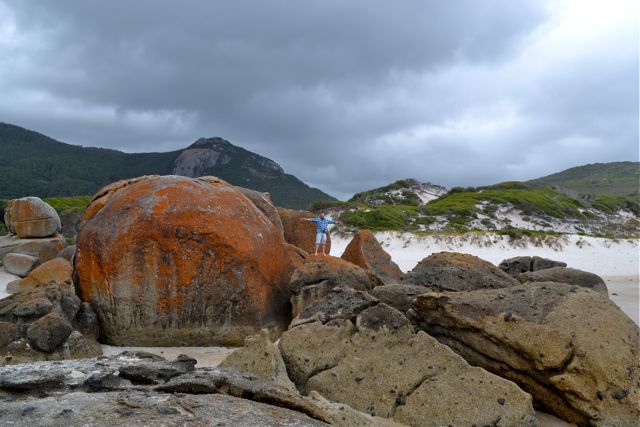 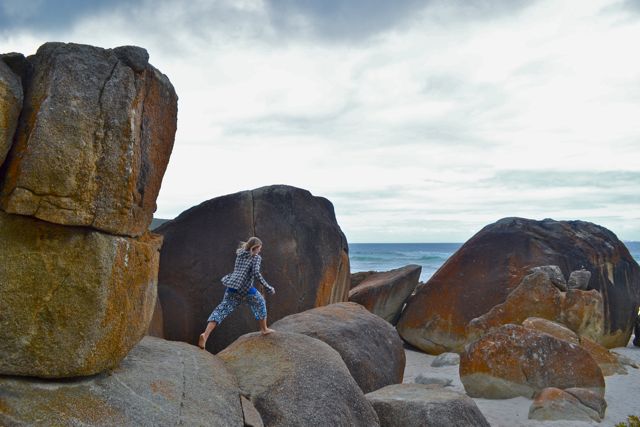 The road into Franklin Downs 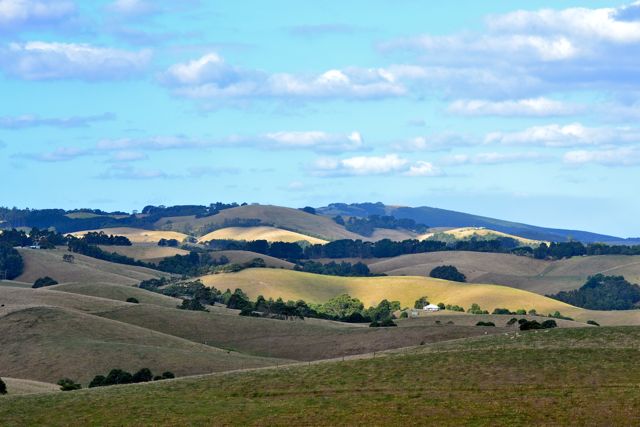 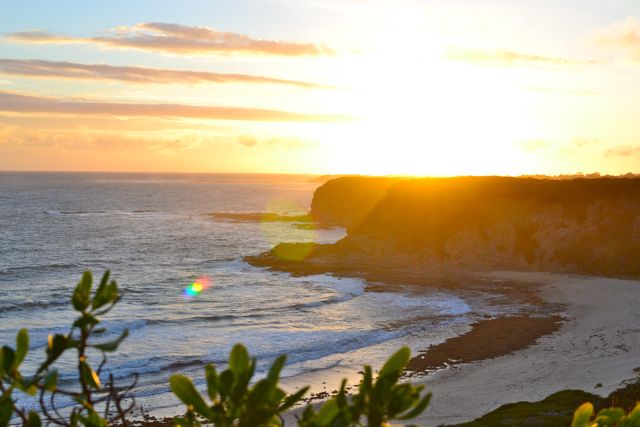 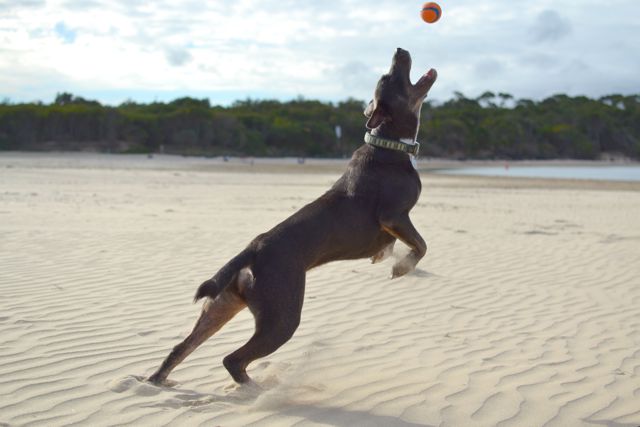 Neddy doing what he does best 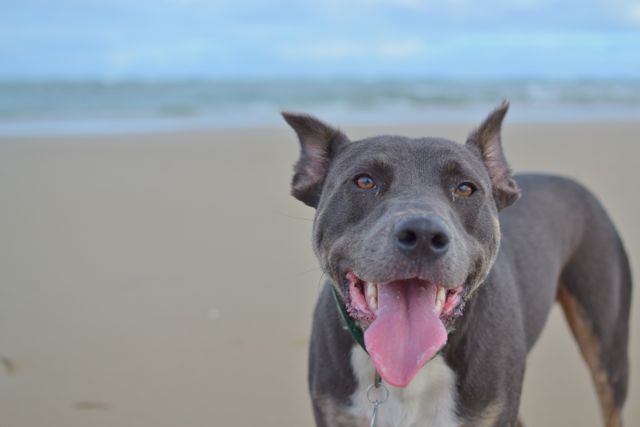 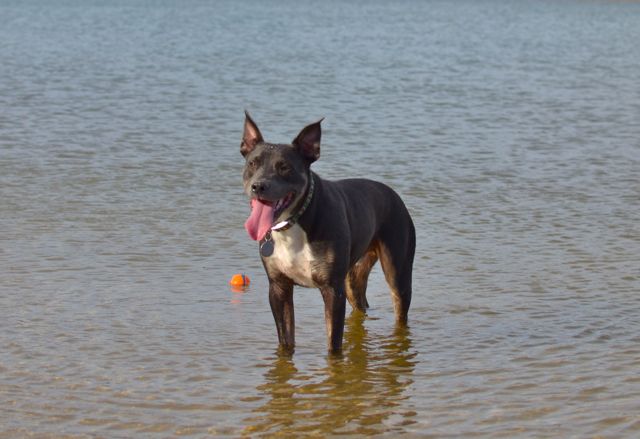 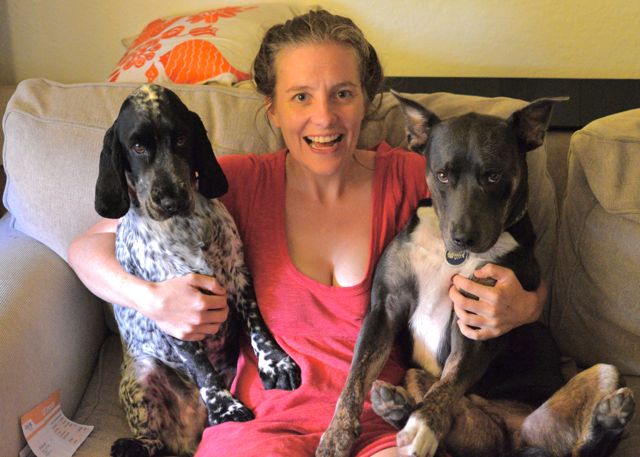 Jack, Laura and Neddy at Shell and Dan’s 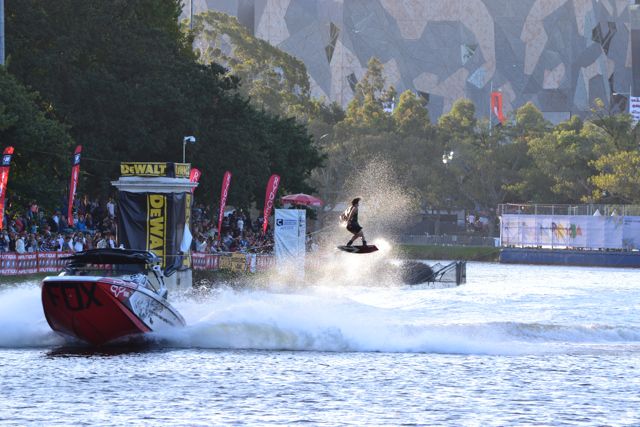 Men’s pro wake boarding at the Moomba Festival in Melbourne 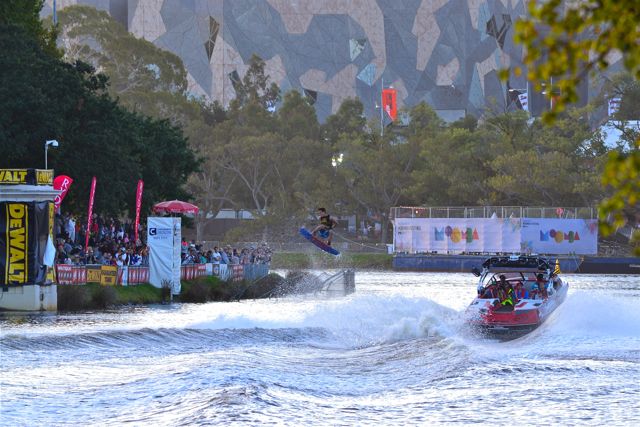 Men’s pro wakeboarding at the Moomba Festival in Melbourne 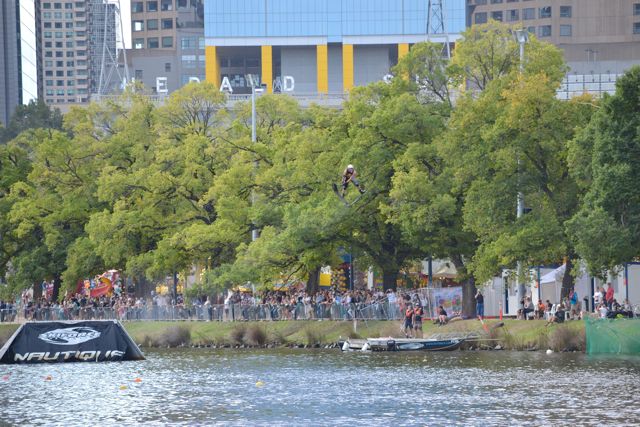 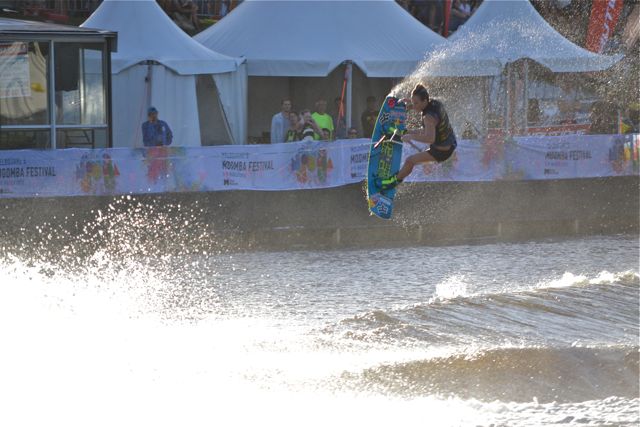 Jono and Laura at a Wilsons Promontory lookout